The Price of Peace: Incentives and International Conflict Prevention 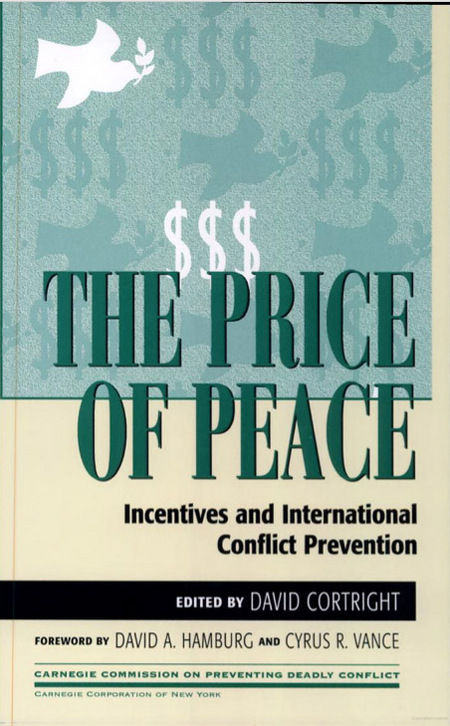 “When the government of North Korea announced to the world its intention to withdraw from the nuclear Non-Proliferation Treaty in March 1993, political leaders in Washington faced a grim prospect. A nuclear-armed North Korea, which the truculence of Pyongyang seemed to suggest, would pose a grave threat to international security. If North Korea were to acquire the bomb, South Korea and Japan could not long resist the pressure to follow suit, and a Pandora’s box would be opened allowing the spread of nuclear weapons throughout Asia and beyond. Something had to be done to contain the nuclear threat, but what?”