The Sanctions & Security Research Project is a leading source of scholarly expertise and analysis on the use of economic sanctions and incentives as instruments of peacemaking and international law enforcement. The project provides research, consulting services, and policy recommendations to governments and organizations seeking to make sanctions and incentives more effective ways to resolve conflict and enforce international norms. The project devotes special attention to United Nations sanctions, especially for controlling nuclear weapons proliferation.

Key Research Findings Get in Touch

The latest from the Sanctions & Security Research Project 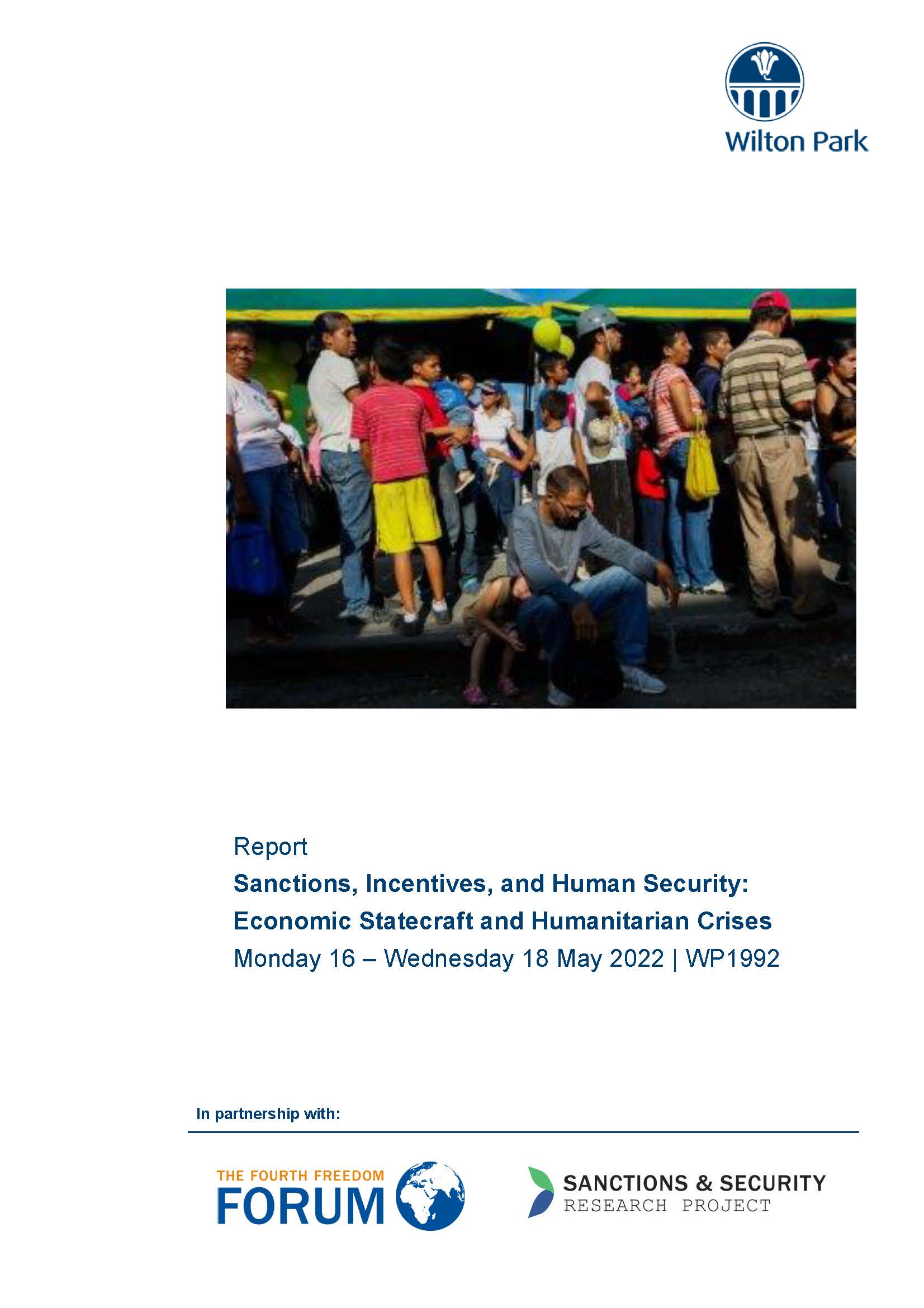 The Sanctions and Security Research Project was founded in the early 1990s in response to growing interest among policymakers and scholars in sanctions, prompted in large part by the new and unprecedented cases of United Nations’ sanctions on Iraq, the former Yugoslavia, and Organization of American States sanctions on Haiti.

The project was designed as a research collaboration between the University of Notre Dame’s Kroc Institute for International Peace Studies and the Fourth Freedom Forum of Goshen, Indiana and blended the Forum’s focus on economic means of peacebuilding and the control of weapons of mass destruction through law with the Kroc Institute’s emphasis on peaceful settlement of disputes through international norms and institutions.